Join us on March 29th in thanking all Vietnam veterans for their service to our nation.

CalVet, the U.S. Department of Veterans Affairs and Vietnam Veterans of America Chapter 500, will host a ceremony to thank and honor all Vietnam War veterans and to commemorate the 50th anniversary of the war.

All Vietnam veterans are invited to attend and receive a commemorative lapel pin in honor of their service. The public is welcome to attend. 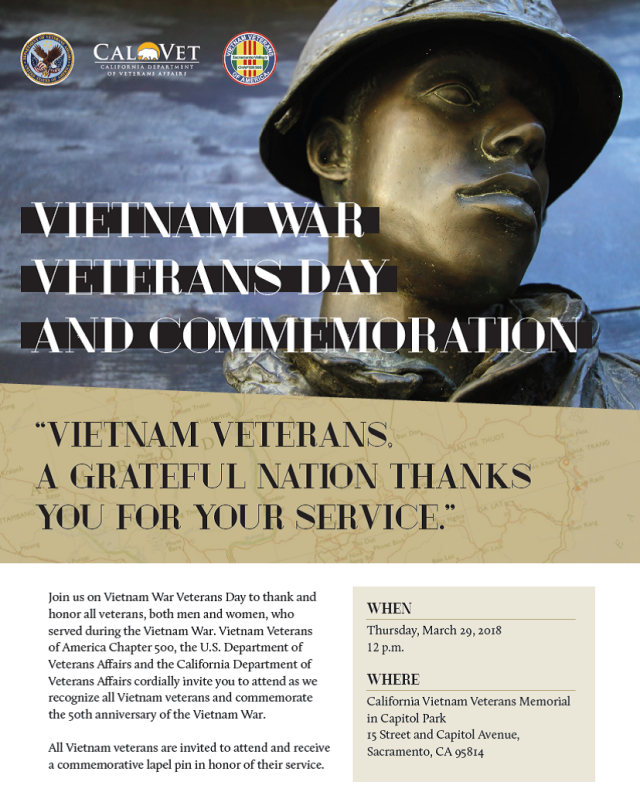