CalVet Newswatch brings you the latest veteran news from California and beyond, delivered to your inbox and updated daily on CalVet Connect. Scroll down to view highlights of the most recent top articles, or click here to visit our site.

WASHINGTON POST — Ronny L. Jackson, President Donald Trump’s choice to lead the Department of Veterans Affairs, is facing mounting skepticism from Senate Republicans over whether he has the management experience to lead the nation’s second-largest bureaucracy. The comments from several GOP senators, particularly those with influence on veterans’ issues, signal Jackson will have to work overtime to persuade not just Democrats but Trump’s own party that he is qualified to oversee the beleaguered agency. That challenge comes at a time when Senate Republicans are already juggling other controversial nominations that will consume much of the political oxygen on Capitol Hill.

CBS SACRAMENTO — Veterans might get their own California license plates soon. Senator Ted Gaines introduced Senate Bill 1357 to create the new specialty plate. It passed the Senate Committee on Veterans Affairs Wednesday morning. The Veteran license plate would only be issued to those who served in the military. A current version, called the “Honorary Veterans” plate, is issued to current service members, veterans, their family members and military supporters. 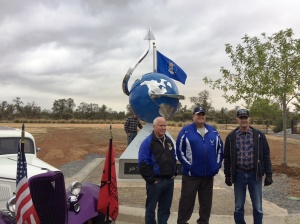 Veterans cemetery could be getting new monument

ACTION NEWS NOW — Memorials and monuments are a way we can honor our nations veterans. A new design concept will be presented to the Northern California Veterans Cemetery for a new monument. The cemetery in Igo is the resting place for many military members from all branches of the military in the north state. There are monuments dedicated to the United States Air Force veterans, and to those who have served in the Korean War. Wednesday afternoon the Monuments and Memorials Committee of the Cemetery will consider a new design by the United States Marines.

Trump says veterans wait too long for health care. VA’s 33,000 vacancies might have something to do with that.

Amid challenges and controversy, California agrees to send National Guard to southern border

STARS AND STRIPES — California on Wednesday joined the plan to deploy National Guard troops to the U.S.-Mexico border, as federal and state officials face challenges in boosting security to stop illegal immigration. With more than 2,000 National Guard troops now pledged in the coming weeks from all four southern border states, officials will face significant costs and work to coordinate a comprehensive plan to assist patrols along the border.

Vets groups and lawmakers say they’re against it — but what does ‘privatization’ of Veterans Affairs really mean?

MILITARY TIMES — When confirmation hearings for the next Veterans Affairs secretary begin in a few weeks, privatization of the department will be the main focus of most lawmakers’ questions. Nearly everyone in the veterans community and on Capitol Hill is against privatizing VA — and nearly everyone has a different definition of what privatization is. Last week, VA officials released a statement titled “Debunking the VA Privatization Myth,” which insists “there is no effort underway to privatize VA,” and “to suggest otherwise is completely false and a red herring designed to distract and avoid honest debate on the real issues surrounding veterans’ health care.” 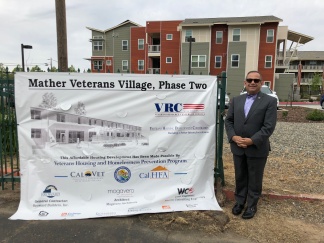 FOX 40 — A few years ago, Army veteran George Thomas was homeless, living on the streets and sleeping in his car while he says he used drugs and hungout with drug users. Then one Friday night he prayed for a change. That following Monday he says his prayer was answered. “I got a call saying my application was accepted at the Mather Veterans Village,” Thomas told FOX40. Thomas is one of 50 homeless veterans who now call the Mather Veterans Village in Rancho Cordova home, and next year more will join him and his neighbors. 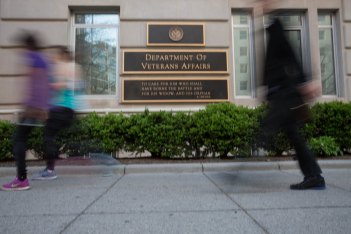 Veterans Affairs on course to top agency health IT spending

MILITARY TIMES — The Department of Veterans Affairs is on course to be the top agency for government health IT spending in the next five years, according to a new market forecast from DelTek. The Department of Health and Human Services currently leads in IT spend, but the completed deployment of the Affordable Care Act insurance marketplace will curtail some of that spending just as the VA begins to ramp up.

Close to Home: Providing care for the forgotten warriors

SANTA ROSA PRESS DEMOCRAT — While the anti-sexual violence movement has brought America’s understanding of the issue into the light of day, veterans are still left in the dark. In 2004, the Veterans Health Administration coined the term “military sexual trauma” to refer to experiences of sexual assault or repeated, threatening sexual harassment that a veteran experienced during his or her military service. The term encompasses any psychological trauma resulting from a physical assault of a sexual nature, battery of a sexual nature or sexual harassment that occurred while the veteran was serving on active duty, on active duty for training or during inactive duty training.

Recognizing women veterans with PTSD: A small but growing population

NURSING ADVANCE WEB — There are an estimated 200,000 women currently serving in active duty in the armed forces and this number is expected to grow. In fact, the women veterans population is expected to increase from 9% to 17% by 2043.1 The prevalence of posttraumatic stress disorder (PTSD) among women veterans has been increasing throughout the years due to the dynamic change of women’s roles in the armed forces. In the 1700s, women took on supportive roles such as cooks, nurses, laundresses, and seamstresses. Since the lifting of the ban of women participating in direct combat by the Department of Defense in 2013, women are now more prominent on the front lines with their male comrades in active duty and direct combat roles.

STARS AND STRIPES — The nonprofit behind the effort to establish a national memorial dedicated to the Global War on Terror got a new director Monday after the group’s founder left in mid-March. Michael “Rod” Rodriguez, an Army Special Forces veteran, will now lead the Global War on Terror Memorial Foundation through the yearslong, multistep process to raise funds for the memorial, select a site, design and construct it. Andrew Brennan, who founded the nonprofit, conceived the idea for the memorial in 2014 and shepherded legislation through Congress to allow for its construction. President Donald Trump signed the bill in August.

RIVERSIDE PRESS-ENTERPRISE — There’s a Superman poster on the wall just inside Mark Rodriguez’s studio apartment at March Veterans Village. A mirror covers the superhero’s face. Rodriguez stepped in front of the mirror and smiled. “Homelessness has been a problem for me for a long, long time,” he said. “I haven’t had a place to call home.” Now he does. Rodriguez, 62, an Army veteran who enlisted near the end of the Vietnam War, is one of 107 veterans who have moved into a new 138-unit housing complex on March Air Reserve Base near Moreno Valley.