We Are Veterans, Too: CalVet Staff Bring Personal Experience to Their Mission

At CalVet, we take pride in serving California’s veterans. For many, it’s a very personal mission. Large numbers of us brought the skills we learned in the military to CalVet after our own service. We represent every branch of service and many eras, but we all share the same mission: to ensure that our fellow veterans have access to all of the benefits they earned by virtue of wearing the nation’s uniform.

Here are just a few stories from our staff, who are dedicated to serving you.

“As a combat veteran of the Iraq War, I find it gratifying knowing that people all around America have veterans in their hearts and minds, making honest efforts to thank them. As a CalVet employee, I engage with veterans daily on the phone, via email, and in person answering questions about benefits and services. I always treat veterans the same way that I would want to be treated if I was the one asking for services and benefits. Veterans sacrifice a lot to be able to protect our freedoms and I hope that everyone can take time to think about them and our great country.”

“I served in the U.S. Air Force from 1995 to 2007 and I am also the spouse of a 24-year Air Force retiree. I have worked at the Redding Veterans Home since it opened in 2013. I assist veterans and file benefits claims with the US Department of Veterans Affairs on their behalf.  There is nothing more rewarding than building a rapport with my fellow brothers and sisters in arms and advocating for them. I thoroughly love my job here.”

“Personally, I consider it an honor, and a privilege to work daily with veterans. Veterans share a bond that the average civilian probably will never understand. It does not matter what period in time you served, or if you were Army, Navy, Air Force or Marines in my book. You served to protect our rights and freedoms; and that makes a veteran “special” if you ask me.”

“I serve in the Air Force as the Wing Chaplain at the 144th Fighter Wing, Air National Guard Base in Fresno. What I enjoy about serving veterans is the camaraderie of being a member of the less than 1% of Americans who don the uniform and who personally, and willingly, sign the metaphorical blank check to include cashing our last full measure of devotion on the battlefield for freedom.”

“I am a 1980 Air Force Academy graduate and served six years in the Air Force, as an aircraft maintenance officer and logistics officer. I began working at the Yountville Veterans Home in 2007. Being an African-American man, I am inspired and motivated by the elderly veterans, especially black veterans who paved the way for me to receive a superior education and serve in the armed forces. This is a career move I cherish and serving them is an honor I will never regret.” 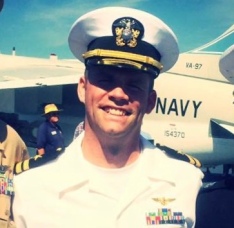 “Prior to joining CalVet’s Legal Affairs Division, I served as an active duty Navy EP-3E pilot for 10 years. I had the privilege of leading Combat Reconnaissance Crews on eight deployments in support of operations in Afghanistan, Iraq, Libya, Africa, South America and the Mediterranean. I have constantly been impressed with and inspired by the men and women who volunteer to serve our country. They endure hardships and make sacrifices the majority of Americans will never know, sometimes doing so at ages as young as 18. The hardship of conflict creates an enduring bond between all veterans of wars both past and present. I have been truly honored to count myself among this group, and am glad that I can help to serve them as a member of the CalVet team.” 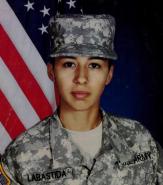 “I wanted to join CalVet to work alongside other veteran employees and staff who understand the work that goes into serving veterans. It is a great pleasure to be able to work here and assist veterans every day. From getting homeless veterans a spot in our facility, to helping them in a home-like environment, being in the military and having that common knowledge with the veterans helps us understand their needs.”

“It brings me joy every day to be able to continue my service by helping our veteran residents. I am a retired master sergeant with 21 years of active duty service in the U.S. Air Force. There is no greater reward than to be able to use the knowledge and skills I developed in the Air Force in my native State of California, serving my comrades living here at the Home.”

“I can honestly say that this is the most rewarding job I have ever had. This is because I am a Marine Corps veteran and I get to work with wonderful veterans all day. They range in age from 55 to over 100 years of age, and of course, the older guys are the grumpier ones but also the ones with lots of wisdom and great stories to tell. They make me proud to have served my country and I see it as further service as I help put out the fires that these guys start on a daily basis.”

“I served in the US Navy as a corpsman and operating room technician during the Vietnam War and my family has an extensive history with the military. To say I feel honored to work here is almost an understatement. I look forward to coming to work and being afforded the chance to help these men and women every day.”

“I have served our Veterans at the California Veterans Home in Yountville as a physician for the past 17 years. I served in the Air Force for 12 years. My years spent on active duty help me better understand a little of what our veterans have experienced and why they respond as
they do.”

“I served during the Cold War in the 1980’s. I have worked for CalVet for 22 years. I am truly honored to get to know many of our veterans personally and I am proud to continue to serve my fellow veterans who gave so much. This is truly a family endeavor, as my wife is the Assistant Director of Dietetics here and my daughter worked right here at the Yountville Veterans Home as a certified nursing assistant serving the veterans she knew and loved growing up. This Veterans Home was not just a home to my family and I, it is where we have all dedicated ourselves to the health and wellbeing of our heroes.”

“I have been helping veterans in many capacities over the last 42 years. CalVet is the only state agency that I would ever consider working for, because who can top our mission? Two weeks after being discharged from the Navy, I landed a job working at the VA. In 1997, I officially retired after more than 23 years. That’s when I accepted a position with CalVet at the Yountville Veterans Home. Two years ago, I developed the first-ever TeleHealth program between San Francisco and the Yountville Veterans Home. Since then, we have successfully launched the program at two other homes, using telehealth technology to bridge the gap of space and reduce time spent traveling to the VA for appointments.”

“Once around the holidays, when I was about ready to leave the office for the evening, the phone rang at my desk. I answered a call from a soldier who had a CalVet loan and wanted some basic information. But, he also confessed that what he really wanted was to talk a while. I listened as he told me he’d been badly injured serving and was now totally disabled. He spoke about how difficult his recovery had been, and also about how much of a strain it had been on his family. I discovered, as I listened, that we had been assigned to a couple of the same places, and so we talked a bit about those places – mostly bootcamp at Ft. Knox. As we shared a laugh, he thanked me for taking the time to spend some time with him, and I also referred him to Veterans Services offered through this department. It hadn’t felt at all like work. I was just recalling old times with an Army buddy.”

“My two basic responsibilities will always be uppermost in my mind, accomplishment of mission and the welfare of my Soldiers” (The United States Army’s NCO Creed). These profound words are not just a set of guidelines, but an oath between myself, the soldiers under me, and the officers appointed over me. I have spent the last 29 years accomplishing the mission and taking care of soldiers, yet much is still to be done. I have a new mission, and that mission is to help those veterans before me, whose footprints I have followed, and to clear a smoother path for those following mine.”