CalVet Newswatch delivers the latest veteran news from California and beyond each week to your inbox with daily updates online at CalVet Connect. Scroll down to view highlights of this week’s top articles, or click here to visit our site. 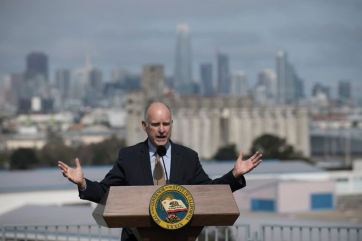 Veterans to immediately get all 125 acres for cemetery in Irvine

VOICE OF OC — Orange County’s first veterans cemetery will be 125 acres from the beginning, despite earlier uncertainties, after the Irvine City Council voted 3-2 to transfer all of the land, along with the deed, to the California Department of Veterans Affairs following a land swap with a developer.

PBS NEWSHOUR — Weeks after a veterans’ health initiative received $2.1 billion in emergency funding, the Trump administration says the private-sector Veterans Choice health care program may need additional money as early as December to avoid a disruption of care for hundreds of thousands of veterans. The Department of Veterans Affairs said in a statement Tuesday that it hoped to move quickly on a proposed long-term legislative fix that would give veterans even wider access to private doctors. The proposal, under review by the White House Office of Management and Budget, would seek money to keep Choice running for much of next year as VA implements wider changes.

WALL STREET JOURNAL — Here are words not often seen together in a sentence: American Legion and cool. The young guns who have seized control of American Legion Post 43 are trying to fuse them together in the minds of a new generation of combat veterans, rebranding their venerable Egyptian Revival building, with its underground Art Deco bar, as “the coolest private club in Hollywood.”

SAN FRANCISCO EXAMINER — More than 300 Northern California Korean War Veterans were recognized Friday, September 29, 2017 at San Francisco’s Palace Hotel. The appreciation ceremony was held by the Consulate General of the Republic of Korea and the California Department of Veterans Affairs to honor those who fought in the Korean War more than 60 years ago. Photos by Daniel Kim/Special to S.F. Examiner.

DALLAS MORNING NEWS — A 2015 study published by the American Psychological Association asked 327 female veterans in Southern California about their experiences with sexual trauma. They divided the respondents into two groups — those who served before the terrorist attack on Sept. 11, 2001, and those in uniform afterward. Nearly half of those in the earlier group reported sexual contact against their will during their military service. In the latter group, reports of unwanted sexual contact dropped to 30 percent.

ABC NEWS — Sarah Rudder is a Marine Corps veteran, a mother, an amputee and now, a five-time gold medalist after competing in this year’s Invictus Games in Toronto. “I just wanted to do better than last year. I wanted to show that I was improving,” Rudder, 35, who also competed in the 2016 Invictus Games in Orlando, told ABC News. “I [set a personal record] in every category I competed in.” Rudder, of Temecula, California, took home three gold medals in the women’s discus and 100-meter and 200-meter dashes in the track and field competition on Sept. 24.

← CalVet Provides Support for Veterans Experiencing or at Risk of Homelessness
Tap into Veterans Benefits and Services: You’ve Earned It! →