Every Day is Veterans Day at our Barstow Home

As the country prepares to honor veterans on Nov. 11 this year, the staff at the Veterans Home of California in Barstow have already begun to commemorate the service of the men and women who reside there.

The Home launched #veteransdayeverydayii on Nov. 1, beginning a month-long campaign to share the stories of the former servicemembers who have protected our freedoms as part of the U.S. Armed Forces. 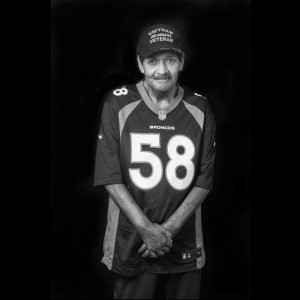 The series kicked off last Thursday with John, 69, a retired U.S. Army specialist.

Now in its second year, the purpose of the project is two-fold, says the Home’s Public Information Officer Teresa Rochester.

“This campaign gives us a chance to shine a deserving spotlight on the service and lives of 30 veterans who took up the cause of our freedom,” Rochester, said. “It also reaffirms our mission and the work we do at the Home every day.”

Other veterans featured in the campaign include:

Mark, 59, is a U.S. Army veteran. “All my family had been in the Army,” he says. “Well not all of it. But our family has been in the military ever since the Civil War.” He enlisted in 1979, as he wanted to do something different and make a change in his life. The 20-year-old from South Carolina was working two jobs when he enlisted. Looking back on his time in the Army, Marks says that he has a lot of respect for service members and sees the military as a part of the country’s backbone.

John, 62, is a Vietnam veteran who served in the Navy. He enlisted, following in the footsteps of his uncles, who didn’t talk about their experiences. “There’s stories you do not tell,” he says. “There are some stories you don’t want to hear.” Weston’s ship was stationed in Guam where it was repaired for three months. Before the work was finished, Saigon fell. Weston became a part of Operation New Life, processing Vietnamese refugees. Weston passed out clothes, water and food and ensured them they would receive more food. Weston was discharged in 1975 and worked as a truck mechanic and driver until he retired.

Bill, 93, joined the Air Force in 1943 during World War II and retired a corporal. He enlisted in the Army Air Corps as soon as he graduated from high school, volunteering so he could choose his branch of service. “I volunteered, otherwise they’d put you in the infantry,” he says. “I didn’t want to be in the trenches; rather be in an airplane. Someone shoots you down, you know you’re down.”

Veterans featured in the campaign served in World War II, the Korea War, the Vietnam War and the Global War on Terror, reflecting the diverse population at the Home and throughout the country.

Be sure to follow the campaign on social media throughout this month.