CalVet Newswatch brings you the latest veteran news from California and beyond, delivered to your inbox and updated daily on CalVet Connect. Scroll down to view highlights of this week’s top articles, or click here to visit our site. 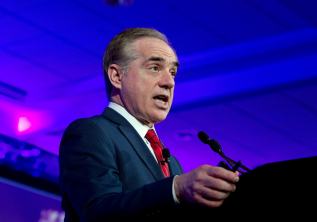 MILITARY TIMES — Veterans Affairs Secretary David Shulkin insists the drama at his department is now in the past.  “I think things are clear,” he told reporters Tuesday. “I’m the secretary. I set the agenda.  “I’ve made it clear that there is only one agenda in the department, and that is to get back on track.” The comments came following his speech to the American Legion’s winter conference, during which the embattled secretary made no mention of a damning inspector general report earlier this month accusing him of ethics violations or the subsequent power struggle within his department that elicited accusations of email hacking and staff subversion.

TASK & PURPOSE — Dissatisfied with the quality of care and worried about reprisals from their command, service members are extensively seeking mental health care outside of the military, according to a new article in Military Medicine, an Oxford University Press journal.  The article’s authors concluded that military mental health professionals “must balance obligations both to patients and to the military command,” and the authors argue, “that ethical problems of trust and confidentiality become barriers to care.” 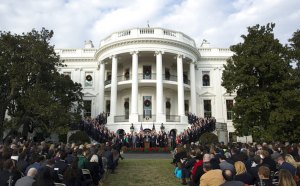 STARS AND STRIPES — White House Chief of Staff John Kelly told top veterans advocates Monday that President Donald Trump supports Veterans Affairs Secretary David Shulkin, whose future in the administration was called into question this month amid a power struggle among political appointees, according to people who participated in the discussion. The meeting was arranged by Kelly following revelations that Shulkin, the only Obama-era holdover in Trump’s Cabinet, had become a target of conservatives hoping to install a new secretary who would be more supportive of their plan to expand health-care options beyond the VA system – a controversial program known as Choice.

MILITARY TIMES — This week, for the first time ever, two women are testifying before Congress as the top officials at major veterans organizations, helping to set the national agenda on a host of care and program issues.  That’s a big deal to many in the veterans community, but not to the two commanders.  Both women — Disabled American Veteran National Commander Delphine Metcalf-Foster and American Legion National Commander Denise Rohan — said they see historic significance in their roles, but also emphasized their gender really hasn’t meant many differences than past leaders’ work on veterans issues.

MILITARY TIMES — Victims of identity theft can spend painful months and years of frustrated, expensive effort trying to clear up the mess. And service members and families could be more susceptible to this scourge.  “Identity theft is a perennial problem, particularly with service members,” said Gerri Walsh, senior vice president for investor education at the Financial Industry Regulatory Authority, better known as FINRA. “When they’re deployed or changing duty stations, there are concerns that people could access their credit. Especially if you’re overseas, you might not even know that it’s happening.”

FEDERAL NEWS RADIO — Recent reports of internal squabbles between top leaders at the Veterans Affairs Department and White House appointees have the nation’s largest veterans service organization actively reinforcing its message about the Veterans Choice Program. The American Legion is adamantly speaking out against proposals that may move the VA’s health system in the direction of privatized care. “Privatization is a very real issue right now,” Verna Jones, executive director for the American Legion, told reporters at the National Press Club Friday morning.

New initiative aims to raise awareness of women as veterans

VANTAGE POINT — I am thrilled to announce the launch of the 2018 Women Veteran Athletes Initiative. In March — Women’s History Month — 10 VA medical centers around the country will display an exhibit featuring 10 women Veteran athletes, with an expanded exhibit also available online. Women Veterans often report feeling unrecognized and underappreciated. This exciting project will address that concern by increasing awareness of women as Veterans among VA employees, raising male Veteran awareness of their women peers and helping women feel more welcome by seeing their experiences as Veterans visibly reflected when they enter a VA facility. 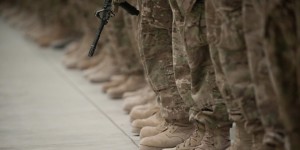 TAK & PURPOSE — Veterans, especially those have been in combat, are in a unique position nowadays. Our country has give them an elevated place in our culture, for reasons both good and bad. And gun violence is something to which they bring personal experience and knowledge. These are people who, unlike the president, did not avoid military service. They have paid dues and earned the right to be heard.

ORANGE COUNTY BREEZE — Veterans Legal Institute (VLI) is proud to announce William T. Tanner, Esq. is joining its team as its Pro Bono and Clinic Director. This newly created position will strengthen the quantity and quality of pro bono attorneys serving our Southern California veterans who may be homeless, disabled, low-income, or at-risk. Navigating civilian and military procedures is difficult for any individual, especially for those who may be living with unique physical or invisible wounds of war. Attorney representation is vital to achieving options and resources in housing, employment, healthcare, and education so our local heroes can thrive.

SANTA MARIA TIMES — Local veterans applying for benefits, searching for work or even buying a home have a new resource at the Santa Maria Public Library in the form of a center catering to area veterans.  Library staff and city officials were on hand Tuesday to mark the opening of the new Veterans Resource Center, located on the first floor.  Funded through a $5,800 grant administered by the California State Library and California Department of Veterans Affairs, the resource center features a laptop computer, printer and several books aimed at informing veterans of resources and programs open to them.

Fate of $8.1 million housing complex for low-income veterans back in hands of San Bernardino Planning Commission

SB SUN — A few months after denying a 29-unit housing development in San Bernardino for low-income veterans, the city’s Planning Commission will broach the project’s redesign at its March meeting and either reverse or stand by its decision. The San Bernardino City Council on Wednesday voted to send the $8.1 million project – proposed last year by the United States Veterans Initiative, a nonprofit serving military veterans and their families – back to the commission by way of Mayor Carey Davis’ tie-breaking vote; Councilman Fred Shorett was absent.

KGO TV — A social worker says crucial care for some cancer patients at a Bay Area VA facility has been delayed. She says when she documented the delays for her superiors, she was punished. When her own son joined the Navy, Karen Chwick decided she wanted to serve the country as well. “I sold my house, closed my business, sold everything I own and moved to California.”