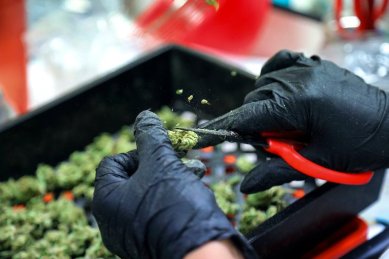 If you’re a vet in California, here’s how the new marijuana laws may affect you

TASK & PURPOSE — Well, it’s official. The sale and use of recreational marijuana is now legal in the Golden State. With the 2016 passage of Prop. 64, Californians voted to legalize the sale of marijuana to anyone over the age of 21, small-scale personal grow operations, and the possession of up to one ounce of pot. As of 2018, the state’s recreational pot market is now open for business, but for the 1.7 million veterans who call California home, this raises some questions.

VOICE OF OC — Orange County’s long-anticipated veterans cemetery took a big step forward in 2017 with a developer’s land swap that moved it from the heart of the former El Toro Marine Air Corps Station to strawberry fields near the junction of the 5 and 405 freeways. And then a petition to overturn the zoning ordinance needed for the land swap gathered enough signatures the City Council will decide at its Jan. 9 meeting whether to overturn their decision to move the cemetery site or put the issue on the ballot and leave the decision to voters, according to a Dec. 21 city press release. 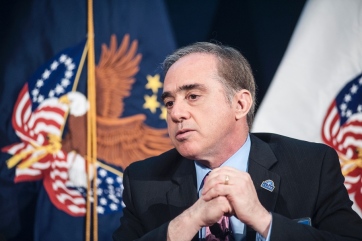 LAKE COUNTY NEWS — The U.S. Department of Veterans Affairs (VA) announced the appointment of a new chairwoman and four new members to the Advisory Committee on Women Veterans, an expert panel that advises the VA secretary on issues and programs of importance to women veterans, their families and caregivers.

MILITARY TIMES — The U.S. Naval War College Museum has unveiled a new exhibit to teach people more about World War I. It focuses on the Navy’s role in the war, using Navy Adm. William S. Sims’ career as the lens to tell the story through. Sims commanded U.S. naval forces in Europe during the war. His family donated artifacts. 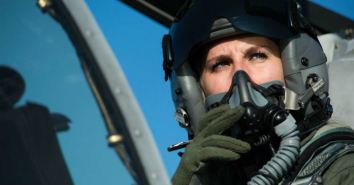 A few of the unique challenges of being a female veteran

WE ARE THE MIGHTY — It was an exceptionally hot September day in Twentynine Palms, California, and I was sitting in the waiting room of the physical therapist’s office, waiting for my initial appointment. I was there for an injury I’d acquired rappelling in the Marine Corps in 2002 that never properly healed. Two years later I was finally getting in for physical therapy.

Bob Hope’s daughter opens up about her father’s greatest legacy, entertaining our troops

RARE — Bob Hope’s daughter Linda is opening up about her father’s longstanding career in Hollywood and what he considered to be his greatest achievement: giving back to our troops. Ahead of a new PBS documentary, “American Masters: This Is Bob Hope,” Linda sat down with Fox News for an interview and dished about growing up with her father and how his love for entertaining veterans and soldiers really began.

MULTIFAMILY BIZ — Affirmed Housing begins construction on The Stella, permanent supportive housing for Veterans in the Grantville neighborhood of San Diego. An Italian name which means “star”, Stella will offer comprehensive, on-site services for residents of the 6-story community. The site is conveniently located within a half mile of the trolley station and within 4 trolley stops of the local VA Clinic. 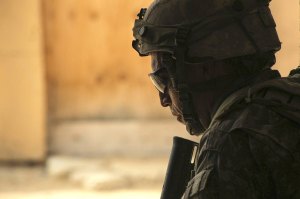 NBC BAY AREA — It had been the longest year of his life. Billy Aldrich was a door gunner on a huey gunship in Vietnam attached to the Army’s 101st Airborne Division, the legendary “Screaming Eagles.” When Aldrich left Vietnam in June 1970, relief was not what he felt. “Feeling really bad that I survived when guys in my company didn’t,” Aldrich said. “My helicopter got shot down and everyone got killed while I was on R&R.”

Ending homelessness among veterans a worthy goal for 2018

VENTURA COUNTY STAR — Happy New Year. The Thomas fire affected many of our family, friends and associates in Ventura County and disrupted our daily routines. I hope and pray that 2018 is free of disasters and we can all enjoy a period of peace, prosperity and joy.  A special thank you goes out to all the firefighters, emergency operations center personnel, disaster response teams and the many agencies and organizations from within and outside of Ventura County that provided services and shelter to those in need in our community.