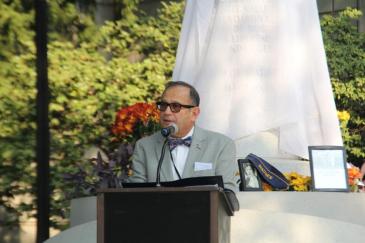 BAY AREA REPORTER — As the Nuns and Atlas wildfires bore down on Napa County in early October, Dr. Vito Imbasciani received word that the Veterans Home of California-Yountville was in the path of the blazes. The facility run by the California Department of Veterans Affairs houses 900 residents, some with various forms of dementia and others who require round-the-clock care due to their ailing health.

USA TODAY — Army Chief of Staff Gen. Mark Milley said Wednesday the Army has rescinded a September memo stating that people with certain mental health issues, including self-mutilation, could seek waivers to join the service.  Milley, appearing before reporters, said the Army rescinded the memo because of an article published Sunday by USA TODAY. 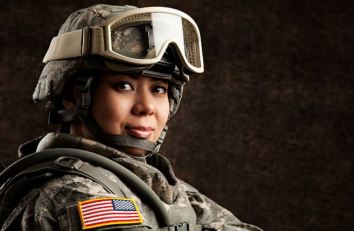 Many military women don’t feel valued. Here’s a first step for fixing that.

WASHINGTON POST — A leading organization of Iraq and Afghanistan war veterans wants the Department of Veterans Affairs to change its motto because, the group’s leaders say, the words first issued by Abraham Lincoln — “To care for him who shall have borne the battle and for his widow, and his orphan” — are outdated and, more important, they exclude the many contributions made by military women.

Beware: Military dependents can be forced to repay their parents’ GI Bill

TASK & PURPOSE — In 2012, Sgt. Desmond Watson’s daughter Jordan Bigbee turned 17, and he transferred his Post-9/11 GI Bill to her in the hopes that she’d never have to shoulder a student debt burden. “When you get the news that someone can pay for your entire college, you’re not worrying about anything else,” Bigbee told Jacksonville, Florida-based First Coast News, adding that “she felt safe.” But the feeling didn’t last. 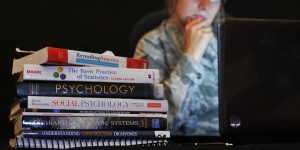 THE ATLANTIC — I remember exactly where I was when I learned I’d be able to join the Marine Corps. It was a little after 7 a.m. on a Saturday in the winter of 2007. I was 17 years old, picking cabbage at one of the many seasonal Southern California farm jobs I used to work in order to help my family pay the bills. When my phone rang, I picked it up and put down the knife I was carrying. It was my recruiter. “Great news,” I remember her saying. “We secured you a spot in training…” She trailed off.

What America owes its veterans

FOREIGN AFFAIRS — Each year, the U.S. military recruits some 175,000 young Americans. At the heart of its pitch is a sacred promise to take care of those who serve—what President Abraham Lincoln described in his second inaugural address as the national duty “to care for him who shall have borne the battle and for his widow and his orphan.” Today, this promise is enshrined in the ethics of each service: members of the U.S. Army, Navy, Air Force, Marines, and Coast Guard pledge to never leave a fallen comrade behind. After their service, the Department of Veterans Affairs (VA) works to fulfill this same promise on behalf of a grateful nation, enabled by a budget larger than those of the State Department, the Department of Homeland Security, and the entire U.S. intelligence community combined. 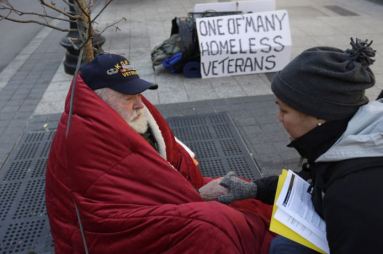 The only Federal agency dedicated to homelessness could be shut down

GOVERNING — Last week, Atlanta ended veteran homelessness, placing nearly 1,900 people into permanent housing. The news would have attracted more media buzz if three states and more than 40 communities hadn’t already claimed the same achievement in the last few years. Nationally, veteran homelessness has declined 47 percent in seven years. Overall homelessness is also down 14 percent. Now, the federal agency largely credited with making that historic progress is at risk of losing all of its funding … This year, both the White House and the U.S. House Appropriations Committee have called for eliminating the U.S. Interagency Council on Homelessness, an independent federal agency with 20 full-time employees and an annual budget of roughly $3.5 million. The U.S. Senate, though, has a competing proposal to fully fund the agency and remove a sunset provision that Congress has repeatedly extended in the past.

MILITARY TIMES — Veterans Affairs administrators on Monday announced plans to shift veterans’ electronic medical records to the same system used by the Defense Department, potentially ending a decades-old problematic rift in sharing information between the two bureaucracies. VA Secretary David Shulkin announced the decision Monday as a game-changing move, one that will pull his department into the commercial medical record sector and — he hopes — create an easier to navigate system for troops leaving the ranks. 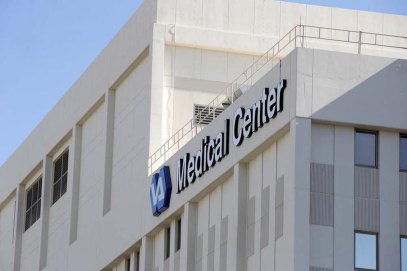 STARS AND STRIPES — Department of Veterans Affairs Secretary David Shulkin went to Capitol Hill on Wednesday seeking $800 million to begin an overhaul of the VA’s electronic health records – an initiative nearly 20 years in the making. The VA is close to entering into a contract with Cerner Corp., the health information technology company it chose to implement a new electronic health records system. But first, Congress must allow the VA to reappropriate $782 million in other department funds.

CNN — Heart failure tied to use of methamphetamines is on the rise among US veterans, suggests a preliminary study presented Tuesday at the annual scientific meeting of the American Heart Association. Meth is chemically similar to the nervous system stimulant amphetamine. It is typically inhaled or smoked, swallowed, snorted or injected once dissolved in water or alcohol. More than 4.7% of Americans report trying this drug at least once, according to the National Institute of Drug Abuse.

BUILDER ONLINE — The Washington Post’s Kathy Orton more veterans and military personnel are cashing in on home loans from the Department of Veterans Affairs rather than a conventional or Federal Housing Administration (FHA) loan, allowing them to save money by obtaining one of the lowest interest rates on the market, and avoid paying a down payment and mortgage insurance.

← Tax Proposal would reverse progress in ensuring all California Veterans have a place to call home
Marine Killed in World War II to be Buried in Arvin, California Today →