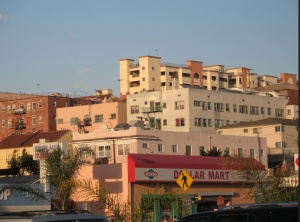 California passed a new housing package. How much will it help?

89.2 KPCC — Last Friday, lawmakers passed a package of 15 bills at the very end of the session.  Together, the bills will create more money for low-income housing and make housing easier to build. But will they be enough to end a state housing crunch, where about a third of renters devote more than half their income to rent?

TASK & PURPOSE — Two major political developments Sep. 15 — one in the form of a memo from Defense Secretary James Mattis, and the other a bill advanced by former POW Sen. John McCain — have given currently serving transgender troops a temporary reprieve from President Donald Trump’s ban, as well as hope for a longer-term guarantee that they can continue serving. According to the Washington Post, Mattis instructed top military leaders Friday night to permit transgender service members to re-enlist until at least Feb. 21, 2018, when the Pentagon is expected to publish its decision on whether transgender people in the service will be allowed to remain in.

WASHINGTON POST — When you make plans to watch a Ken Burns documentary, you often have to clear out a lot of DVR space: 11 hours for “The Civil War,” 14 hours for “The Roosevelts” and, starting on Sept. 17, 18 hours for “The Vietnam War.” But as sprawling as these series can be — “The Vietnam War” starts in 1858 and continues onward — the more you learn about the process of making them, the more reasonable those running times sound. “The Vietnam War” took 10 years to come together. Because it was shot in both the United States and in Vietnam, it was a more logistically complex film, one that required co-director Lynn Novick and producer Sarah Botstein to figure out how to work in a different and less free country, and to do their interviews in translation. And because “The Vietnam War” addresses recent and still contested history, making the series was an unusually demanding process.

SAN FRANCISCO CHRONICLE — Nelson Lum remembers returning to San Francisco, his hometown, after his service with the U.S. Army in Vietnam. It was 1968 and there was a lot of hostility toward veterans of that war. It was “a time of protests,” he said. “They looked at us as being villains, instead of the government policy that produced the war.” The Bay Area was one of the centers of protests and marches against the war, which was probably the most unpopular military conflict in American history. Veterans took some of the brunt. A television documentary that begins airing Sunday night by acclaimed historian Ken Burns is sure to revive some of those bitter memories.

The Gift: A monument that is unequivocally appropriate

SAN DIEGO UNION-TRIBUNE — With much of America recently mired in controversy over the placement and function of monuments in public spaces, we find ourselves posing tough questions about what the monuments we have created, display and embrace say about us, as citizens, and as a nation. The United States government recognizes 567 Indian nations. It may be surprising for some to learn that the citizens of these Indian nations have served in the U.S. military at a higher rate in proportion to their population than any other U.S. ethnic group. Yet not a single monument recognizing Native American and Alaskan Native military service members or veterans exists in the United States.

VA — Today, the Department of Veterans Affairs (VA) released findings from its analysis of Veteran suicide data for 50 states, Puerto Rico and the District of Columbia. The release is part of VA’s comprehensive examination of more than 55 million records, from 1979 to 2014, which will be used to develop and evaluate suicide prevention programs across every state.

SAN DIEGO UNION-TRIBUNE — A new law will require California officials to compile statistics on how many military veterans are committing suicide in the state. Gov. Jerry Brown signed the legislation Monday. One of the law’s proponents said the new requirement makes California one of 22 states to accurately report veteran suicide. Assembly Bill 242 was introduced by two Fresno assemblymen, Republican Jim Patterson and Democrat Joaquin Arambula.

USA TODAY — At the Department of Veterans Affairs, part of our mission is to push the envelope constantly in search of medical advancements that will help improve the lives of disabled veterans. But our ability to accomplish that part of our mission stands at risk as a result of legislation recently added to an unrelated spending bill passed by the House of Representatives that would eliminate a key component of VA’s research efforts: our canine research program. If this legislation passes the Senate, it would stop potential VA canine research-related medical advancements that offer seriously disabled veterans the hope of a better future.