Veterans Always Have a Voice at CalVet

The California Veterans Board serves as a community voice for vets throughout the state. The seven-member board, all veterans, work closely with CalVet’s Secretary, Dr. Vito Imbasciani, to make California’s dedication to its veterans not only satisfactory, but extraordinary. 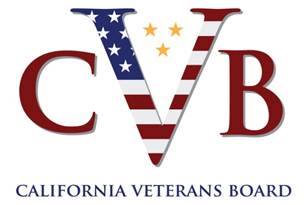 The board members represent the needs and interests of California’s 1.8 million veterans to CalVet on topics such as access to veteran resource centers for educational support and operation of California’s eight veterans homes.

In addition, any veteran who applies for and is denied state benefits through CalVet may appeal to the California Veterans Board. Note: this applies to state benefits only (CalVet home loan, student waiver or admission into a veterans home), not federal benefits such as health care, disability compensation or VA loans.

The board meets several times each year in different communities throughout the state.  Meetings are open to the public, and meeting notices and agendas are posted 10 days prior to each meeting. To find the next meeting, click here.

Board members are appointed by the Governor, subject to the confirmation of the State Senate. Read more about each of the board members below, or find more information about the board, meetings and policies here: https://www.calvet.ca.gov/Pages/California-Veterans-Board.aspx

Todd Trotter, Chair, was appointed in 2015 and has been national senior director at Kaiser Permanente since 2013, where he has held several positions since 2002, including human resources leader, Northern California director of labor relations and human resource business partner. Trotter served as a letter carrier and labor relations representative at the U.S. Postal Service from 1992 to 2002 and served in the U.S. Army from 1983 to 1991. He earned a Juris Doctor degree from the University of the Pacific, McGeorge School of Law.

Charlene Taylor, RN, MSN, NEA-BC, has been a board member since February 2012. Charlene is a retired chief operating officer from Kaiser.  She is a diploma nurse and holds a master’s degree in nursing administration.  Charlene was Captain in the United States Air Force and later held a role as chief nurse. She is the recipient of two Meritorious Service medals and multiple other medals.

Juan Gonzalez, a member since 2015, was a design engineer at Eaton Corporation from 1987 to 1995 and served in the U.S. Army Corps of Engineers from 1960 to 1968. He is the “resident member” on the board living at the California Veterans Home in Lancaster.

John Busterud, recently appointed (2017), was managing counsel and senior director for environment and real estate at Pacific Gas and Electric Company from 1985 to 2016. At PG&E, he was also a founding director and counsel to the company’s veterans employee resource group, an organization with over 1,000 members. Busterud is also a retired U.S. Army Colonel with multiple Combined, Joint and Interagency assignments, including deployments in support of Operations Iraqi Freedom, Enduring Freedom and Combined Forces Command on the Korean Peninsula. His decorations include: the Legion of Merit, the Bronze Star and Parachutist’s Badge. Busterud received his Juris Doctor from Hastings College of the Law in San Francisco.

Elizabeth Perez, appointed in 2017, has been president and founder of GC Green Incorporated since 2010. She was a director of business development for Xnergy from 2007 to 2011 and a branch manager at Ferguson Contractors from 2005 to 2007. She was an aviation logistics specialist for the U.S. Navy from 1997 to 2005. Perez was a member of the American Israel Public Affairs Committee Delegation in Israel in 2016 and a 2013 White House Veteran Champion of Change. She is a Truman National Security Project fellow and a member of the California Sustainable Energy Entrepreneur Development Initiative Board, Disabled Veterans Business Alliance of California, San Diego Chapter Board, American Indian Chamber of California, San Diego Chapter, American Legion Post 365 and the California Nations Indian Gaming Association.